Resources for Patients and Caregivers of All Ages 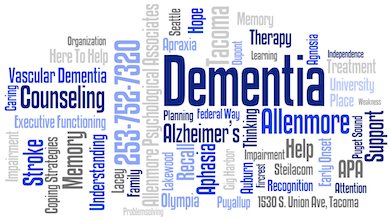 Journal on Alzheimer’s and Dementia Disease : Predictions for 2019

The term “Alzheimer’s” and “Dementia” are related but there are differences between the two. Dementia is not a specific disease. It is an overall term used to describe a set of symptoms such as memory loss, difficulty in thinking skills, and other problem that can be severe enough to reduce the person’s ability to perform everyday activities. Dementia is caused by damage to brain cells, and because Alzheimer’s destroy the brain, it is one of the most common causes of dementia.

Dementia is the umbrella term of individual’s changes in memory, thinking, or interpretation. There are many possible causes of dementia, including Alzheimer’s disease, a high level of proteins inside and outside brain cells make it difficult for brain cells to stay healthy and to communicate with each other. That is the reason, why memory loss is one of the earliest symptoms of Alzheimer’s. 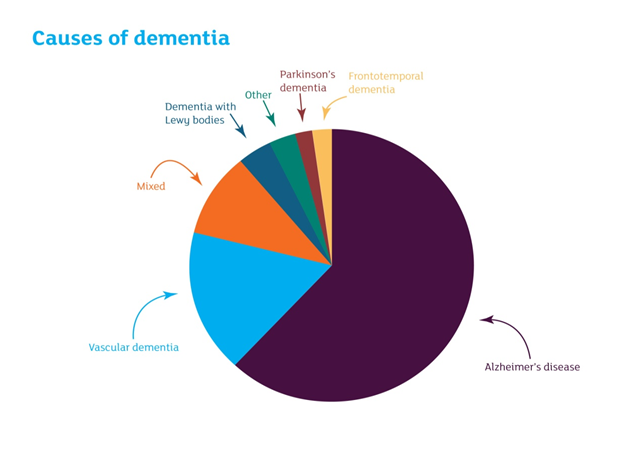 Alzheimer’s is the most common reason for dementia, approximately 60 percent to 80 percent of all dementia cases account for a general term for memory loss and other cognitive capabilities that can be severe enough to interact with daily life. Alzheimer’s is not a normal part of aging, it is generally a brain disease. Alzheimer’s get more severe over time as it is a progressive disease, where dementia symptoms slowly deteriorate over a number of years. In its initial stage, memory loss is slow, but with the late stage Alzheimer’s, a person loses the ability to interact and respond to their environment. Alzheimer’s is the sixth leading cause of death in the United States. Individuals with Alzheimer’s live an average of eight years after their symptoms become noticeable to others.  Survival can range from 4 to 20 years depending on their age and other medical conditions.

Impact of Alzheimer’s and Dementia

According to the Alzheimer’s Association, among 50 million people worldwide, 5 million people are dealing with the same. Excepting any developments in prevention or treatment ways, this number is projected to reach almost 14 million by 2050. According to this statistics, 16 million Americans who provide unpaid care for people living with Alzheimer’s or dementia also get the impact of the disease. More than 80 percent of care provided at home is delivered by family members, friends, or other unpaid caregivers.

As the number of older American is increasing quickly, so will the number of new and existing cases of Alzheimer’s. By the mid of the century, someone in the USA will develop Alzheimer’s every 65 seconds.

Currently, there is no cure for Alzheimer’s and no way to prevent the underlying death of brain cells. Non-drug treatments and medications can help with both cognitive and behavioral symptoms. It is significant to discuss suitable treatments with your practitioner.

Non-drug methods to managing behavioral symptoms promote physical and emotional comfort. Many of these methodologies intend to identify and address the needs that the person with Alzheimer’s may have. As the disease progresses the individual may have difficulty with expressing themselves.

The second type of drug works by regulating the activity of glutamate, a different chemical messenger involved in information processing:

The third type is a combination of a cholinesterase inhibitor and a glutamate regulator. 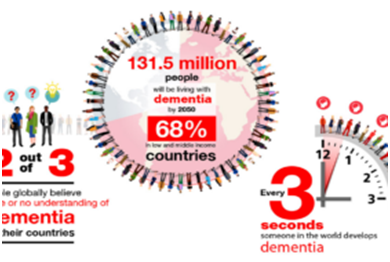 The efficiency of these treatments is individualized and results vary.  The medication may temporarily help the symptoms but will not stop the brain changes that cause Alzheimer’s to become more severe over time.

Research in the last tenner can help anyone to understand the disease as a continuum, meaning that the biological modifications related to Alzheimer’s develop many years before symptoms appear. This sets the mark for possible prevention of the disease because once we have the complete tools and techniques to identify the risk of the disease of individuals at the initial stage and the medications to treat them will be easy to intervene and stop the progression of the disease. Researchers are looking at new treatment methodologies and advocating for more federal research funding.

The clinical study is one method that everyone can get involved, it is directly involved in the effort to fight Alzheimer’s disease. Due to the lack of clinical research, and the help of human volunteers, it is difficult for scientists to discover methods of prevention, treatment and, ultimately, a cure.

Clinical studies test non-drug experiments to know their impact on factors like enhancing life quality. Every clinical trial attempts valuable and knowledgeable techniques to achieve favorable results. For individuals who are currently living with dementia, there are some extra advantages to involving in clinical trials, which includes access to medical care and promising cures.

Get in Touch with Us

Some Areas Services Include

To deliver compassionate and respectful service to the patients, families and clients with whom we are working. We will advocate for you in a professional manner to ensure your health goals are met. Guidance and assistance will be provided in a professional safe and affordable manner. At all times the highest level of privacy and confidentiality will be maintained. 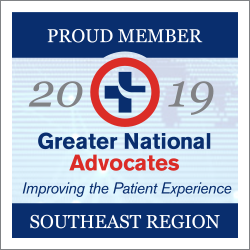 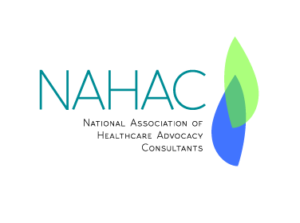